Support for Docker Containers and Other New Features 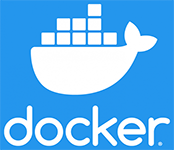 Docker is used to package an application and its required resources in a light-weight virtual container that can run on any Linux, Windows or MacOS computer. Docker is often used to shift premise-based applications to the cloud and is supported by most of the leading cloud computing environments like AWS, MS Azure and GCP.

Now the GenRocket Runtime can be packaged with all required components and deployed as a single portable image for generating synthetic test data on customer premise or in the customer’s private cloud computing environment. You can learn more about this exciting new feature in a newly published knowledge base article.

The last two months were busy months for GenRocket Engineering. In addition to support for Docker containers, 10 additional new features were added to the GenRocket platform.

Here is a list of new capabilities added during September and October:

You can read about all of them in the What’s New in GenRocket section of our knowledge base.

Does your organization use the Cucumber framework for Behavior Driven Development (BDD)? GenRocket has developed an integration with this popular framework for Agile and DevOps environments and we still have a few openings for beta test participation.

With our new G-Feature File capability, Cucumber users can now:

To sign up, just send us an email describing your test environment and target use case. We’ll schedule a discovery meeting and present a live demo of G-Feature File.