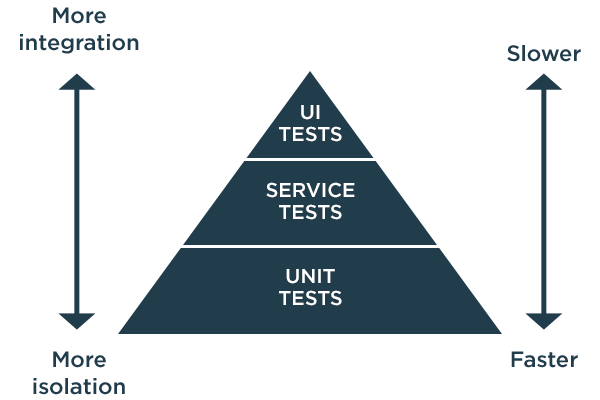 The model for provisioning test data is evolving from traditional Test Data Management (TDM) to real-time and highly integrated Test Data Automation. The traditional TDM model is based on copying production data, mining that data for appropriate test data sets, masking sensitive information that must remain private, subsetting, refreshing and versioning the data for test cases and working through a centralized data provisioning process to accomplish all of the above. The traditional TDM approach is too cumbersome for an Agile environment.

Self-Service Test Data for All Levels of Agile Testing 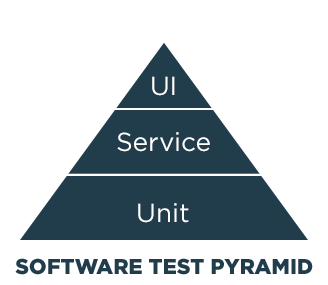 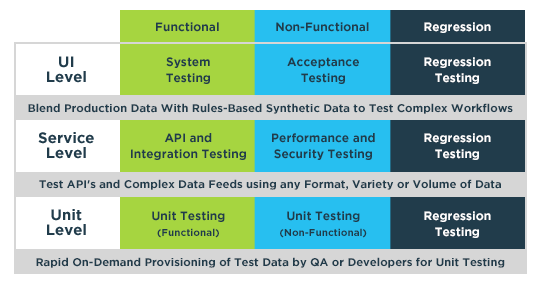 The TDM model is evolving to a new and highly efficient model where controlled and accurate test data is provisioned instantly and on-demand in a distributed self-service environment. With Test Data Automation, the process is streamlined into a 3-step process: Import the data model, create a Test Data Scenario matching the needs of each test case and generate test data in real-time during test operations.

Real-Time Synthetic Test Data Generation is designed for the accelerated pace of Agile testing and maximizes the benefits of continuous integration and testing. GenRocket can be used for any level of testing from basic unit testing, to more complex API testing, to the sophisticated requirements of end-to-end integration testing.

The GenRocket platform seamlessly integrates with test automation tools. It provides an intuitive self-service layer for defining any volume or variety of test data and a powerful API that injects data into the testing process at any stage of a complex workflow. 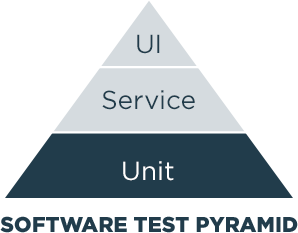 Unit testing is performed at the Agile Task Level on the smallest unit of code. These isolated tests are often performed by a developer for testing a single function and data domain. Unit testing is sometimes described as in memory testing because it is isolated from the external environment and involves no database access.

Unit tests represent the highest volume of test operations and requires lowest volume of data, making it an excellent candidate for test automation. However, test data must be carefully controlled to meet the needs of each test case and generated in real-time to support the accelerated pace of continuous integration and testing.

The component-based architecture of the GenRocket Test Data Automation platform is an ideal technology for defining and provisioning test data for high volume, automated unit testing. Simply define the required data using a Test Data Scenario and generate it during test execution in any format required (JSON, XML, CSV, etc.).

Here is a summary of the steps for unit testing in an Agile environment with GenRocket:

Below is a component diagram to illustrate the elements used for this automated testing approach. Unit tests use a Socket Helper to call the GenRocket Engine using its GSocket interface. The GenRocket engine loads the appropriate Test Data Scenario and generates predefined test data in the required format (JSON in this case) in less than 100 milliseconds. The GSocket interface then retrieves the data and returns it via the Socket Helper for use during the test procedure. The components of the test script are color-coded in green while the GenRocket components are color-coded in blue.

The sequence diagram below illustrates the process as that takes place during test execution.

After the test is complete, the test data is purged. The Test Data Scenario is stored for future use by this, or any other test, and ready to generate a fresh copy of pre-defined test data.

Service level testing is the next level of complexity represented by the software pyramid. Service level tests focus on the interaction of Agile Tasks via one or more APIs in a module of code that represents an Agile User Story. 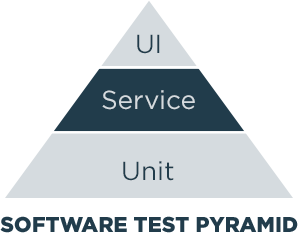 Service level tests can involve any category of testing including functional, integration, performance, security or regression testing. In an Agile environment, service level tests are usually automated and run through the release pipeline.

GenRocket is a perfect match for meeting the test data challenges of Service/API testing. Test Data Scenarios can be defined to generate any variety of test data in any volume to meet the needs of any category of testing. With 258 Test Data Generators, GenRocket TDG can simulate any combination of data values and its 61 Test Data Receivers can format data in any output format. This provides testers with total control over the data they need for service/API testing with comprehensive test data that maintains referential integrity and data privacy.

Here is a summary of the steps for using GenRocket when performing service level testing in an Agile environment:

Below is a component diagram to illustrate the various elements used for automated service/API testing. During test operation, GenRocket Test Data Scenarios are run to insert data into a given table via JDBC with referential integrity. A Socket Helper in the test script calls each Test Data Scenario via the GSocket interface and launches the GenRocket Engine to run the scenario, generate the data, and insert the data into database table(s).

The sequence diagram below illustrates the process that takes place during service-level test execution.

After the test is complete, all test data is purged. Test Data Scenarios are then stored for future use by this, or any other test, and ready to generate a fresh copy of the test data when needed.

The highest and most complex level of the Agile software testing pyramid is Feature-level testing at the User Interface, or UI layer. Feature-level tests are complex end-to-end test procedures for large blocks of code designed to execute a business solution from a user’s perspective. 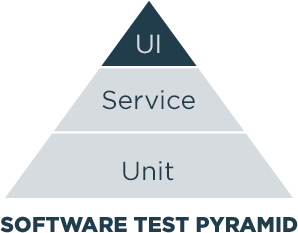 GenRocket is especially powerful for end-to-end testing. Its component architecture allows any combination of data tables and complex data feeds to be modeled, defined and generated on-demand and during test execution.

Here is a summary of the steps for using GenRocket for UI testing in an Agile environment:

Here is an example of end-to-end testing with GenRocket. Imagine testing the workflow in a healthcare insurance claims processing application. Test data for a submitted claim must contain synthetic data in place of personally identifiable information for patients and providers.

However, the codes used to represent diagnostic and treatment procedures, called CPT codes, must be based on production data to be clinically accurate. CPT codes are the basis for returning a correct determination for approval or denial of benefits based on the patient’s insurance plan. In order to test the claim processing business logic, the tester must blend synthetic test data to replace sensitive information with production data to ensure accuracy. See the workflow testing diagram below.

Maximize the Benefits of Continuous Integration and Testing

The Agile test strategy outlined in this article will streamline the Agile testing process as it improves the effectiveness of test cases used to prevent bugs during the development process.

If you would like to learn more about implementing a Test Data Transformation Strategy for your QA organization, contact us to request a live demonstration of GenRocket Test Data Automation.